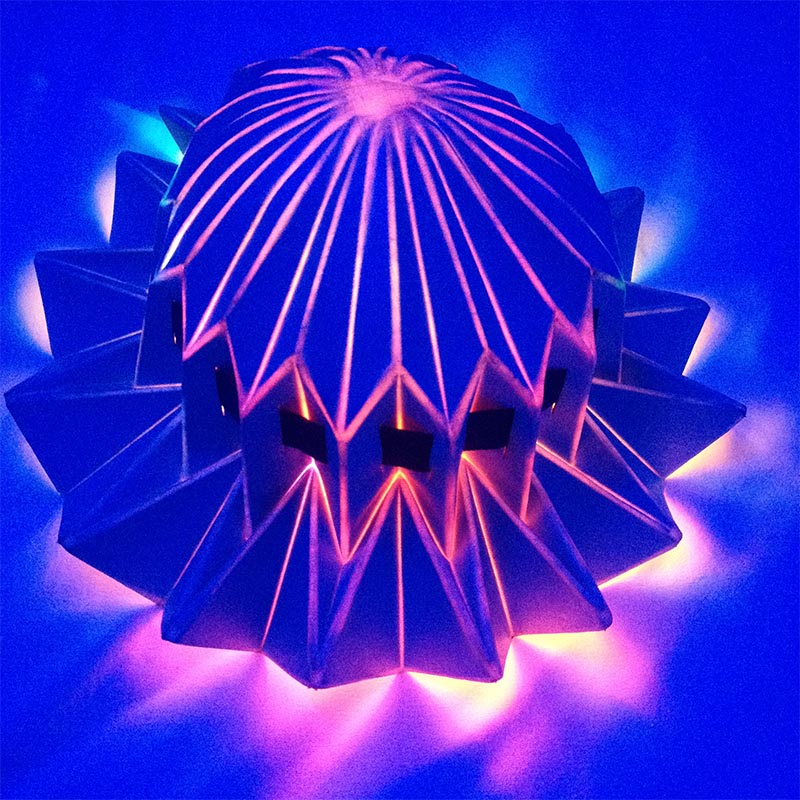 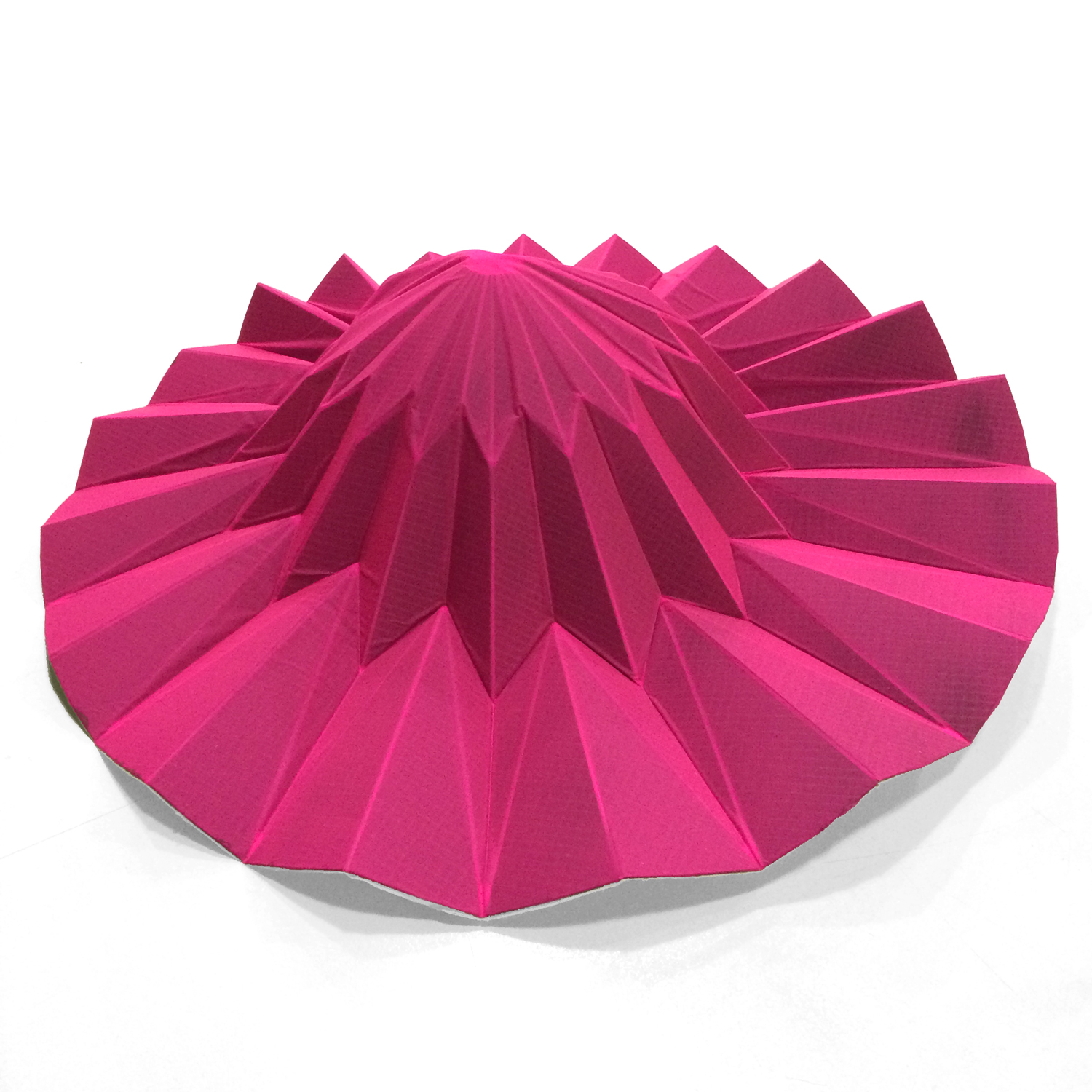 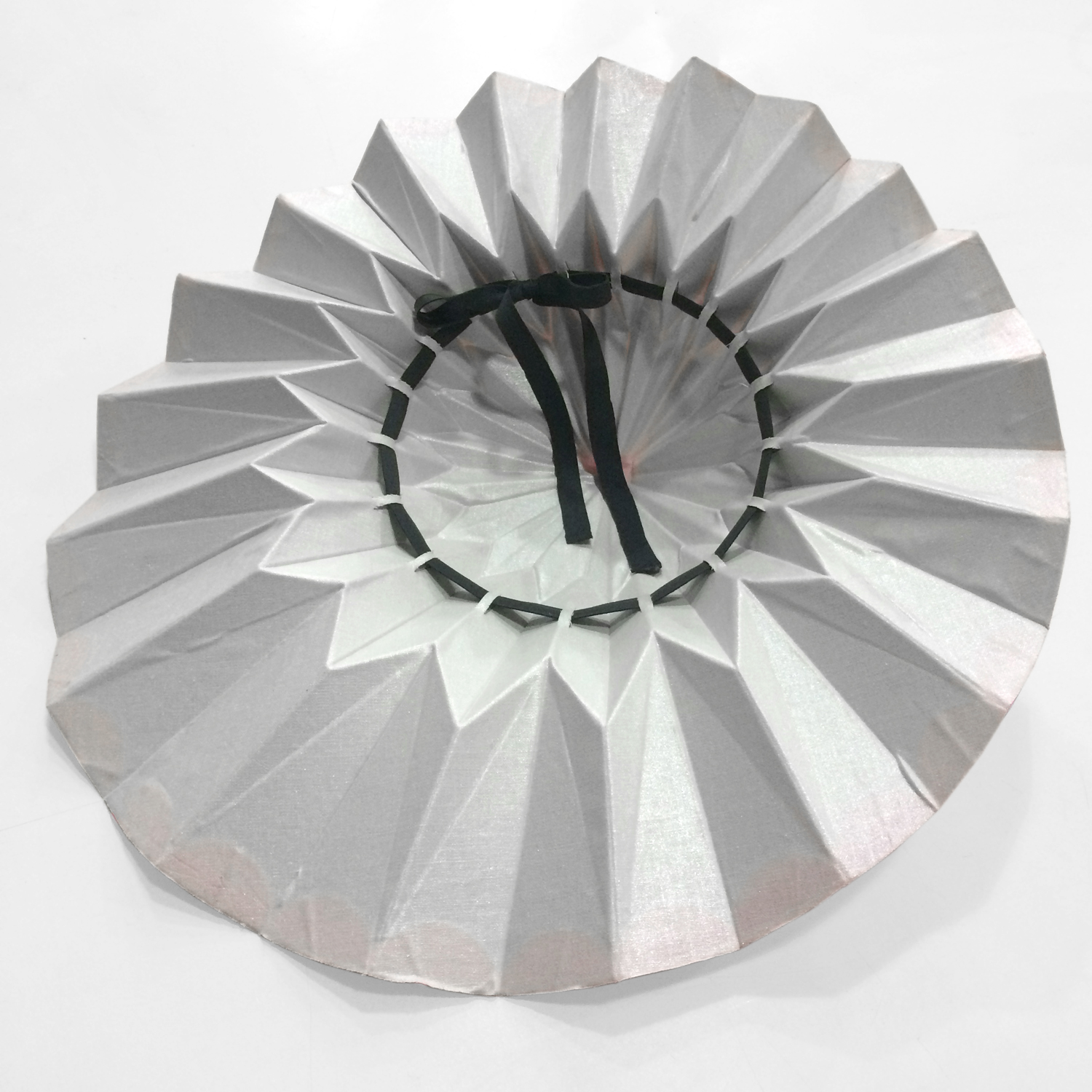 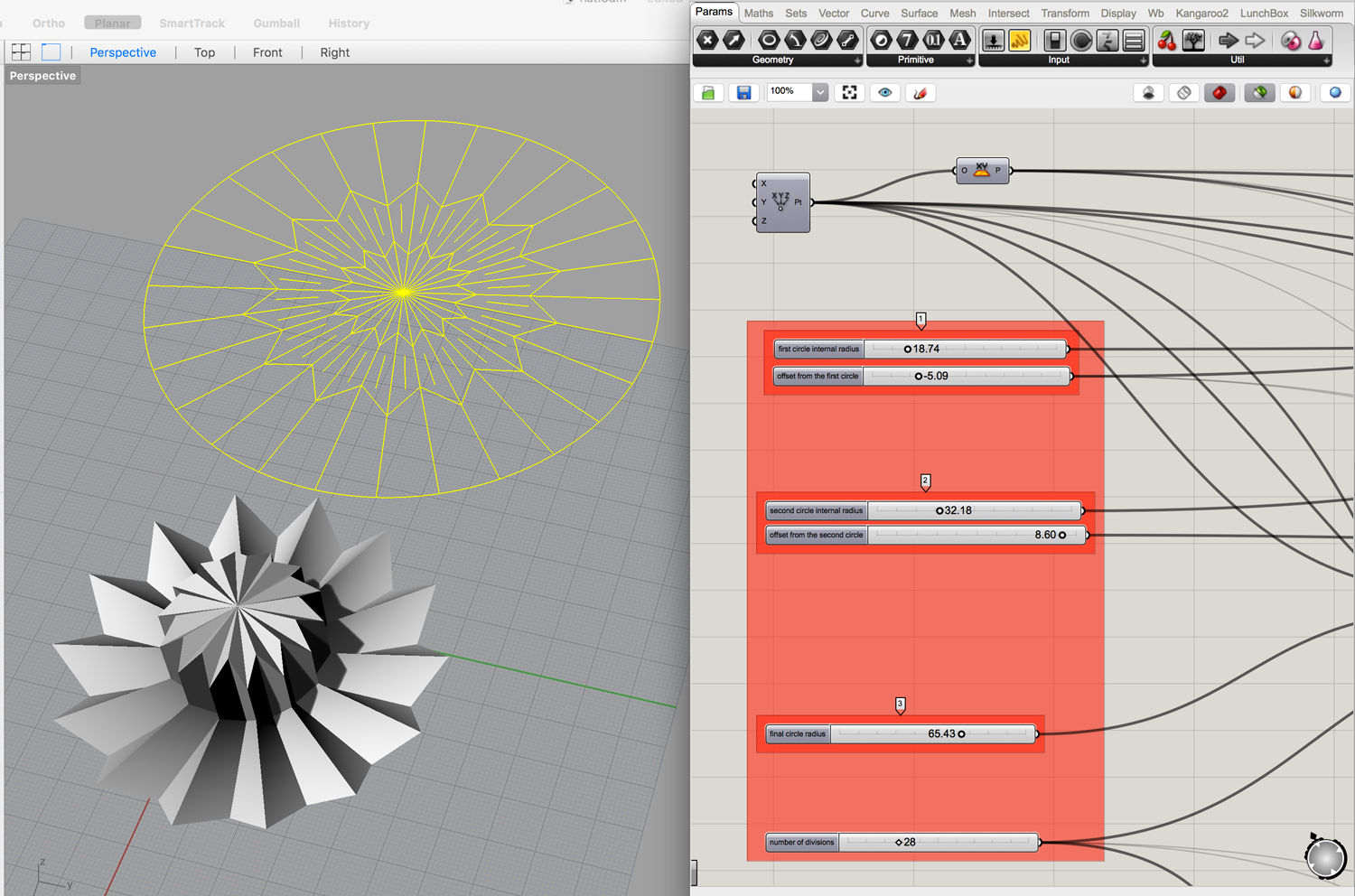 The idea behind the hat was to create a 3D matter out of a 2D production, laser cutting, through origami folding.

Using a program like Rhinoceros with Grasshopper plug in, one can play with parametrics of the hat to personalize it. The process starts with laser cutting desired fabric to eventually be the outer layers and the skeleton. Next, they are glued together layer by layer, occasionally placing them in the vacuum press. Once dried, the folding process starts and a ribbon to hold the foldings is placed on the inner side of the hat. We have developed different techniques of making the origami hat from different materials. The material is the most important if we want to make an origami directly out of one textile fabric layer.  The textile should be thick enough to maintain the folds. The stripe that goes around the hat is actually the part that maintains the whole origami. It can be out of the same material or it could be also elastic so that the Hatori fits and stays in your head better.

Here are some origami versions that we made in Fab Lab Veritas, in Costa Rica, during the International Course on  Digital Fabrication Technologies Applied in Fashion. Each student chose different material to work with, customized the Hatori variating in the number of folds, the angles and adding custom patterns for perforations or engravings. 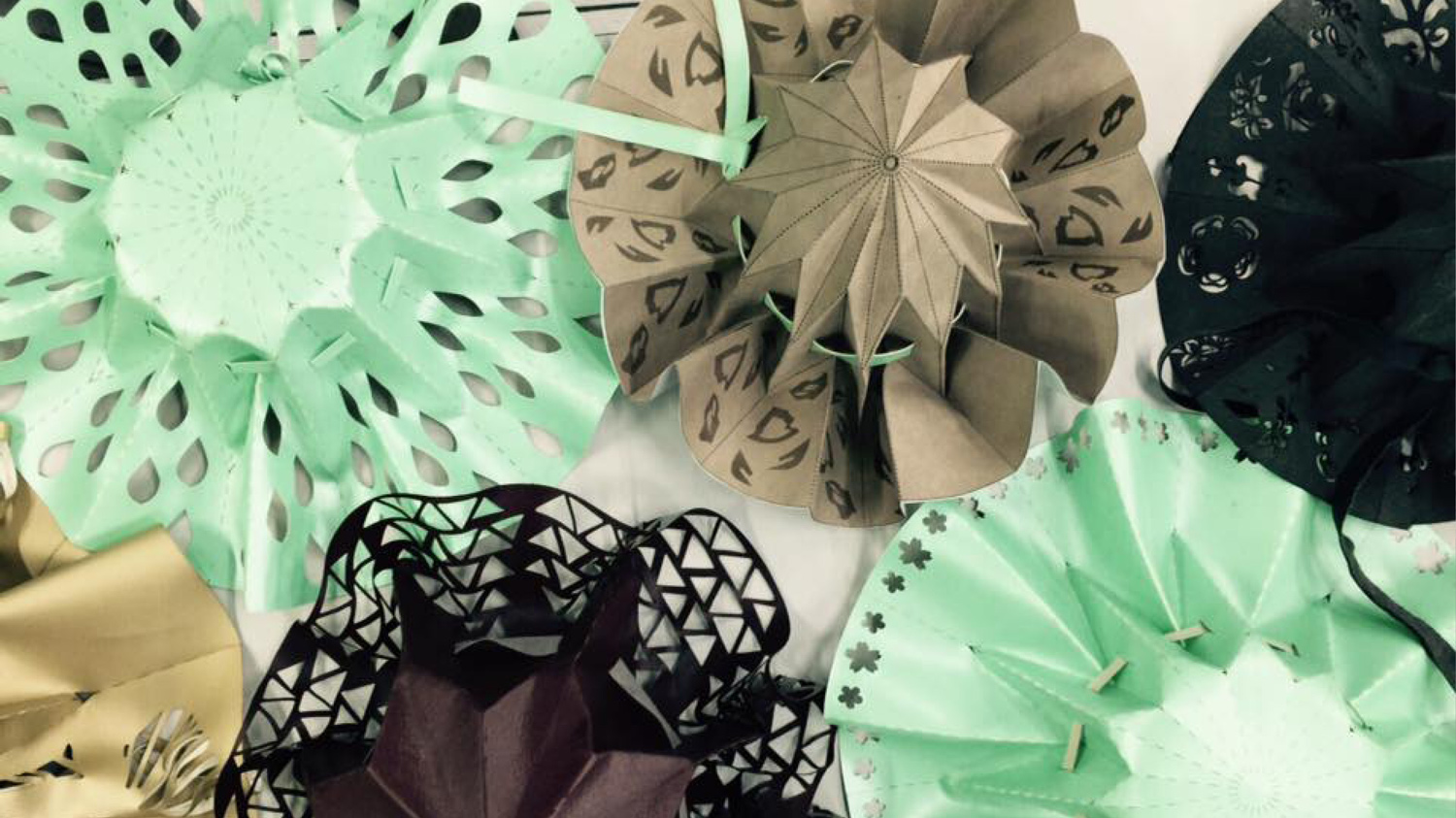 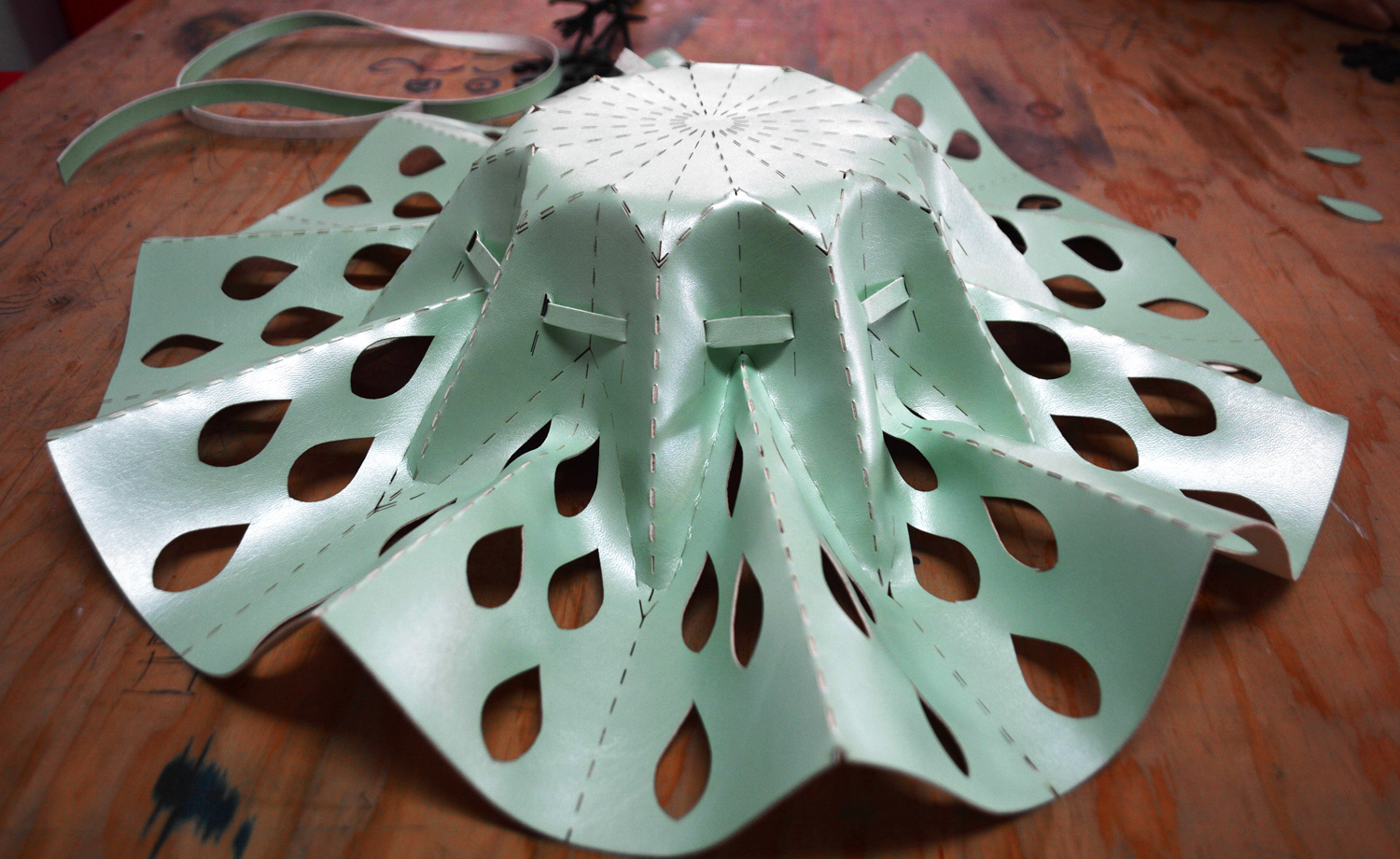 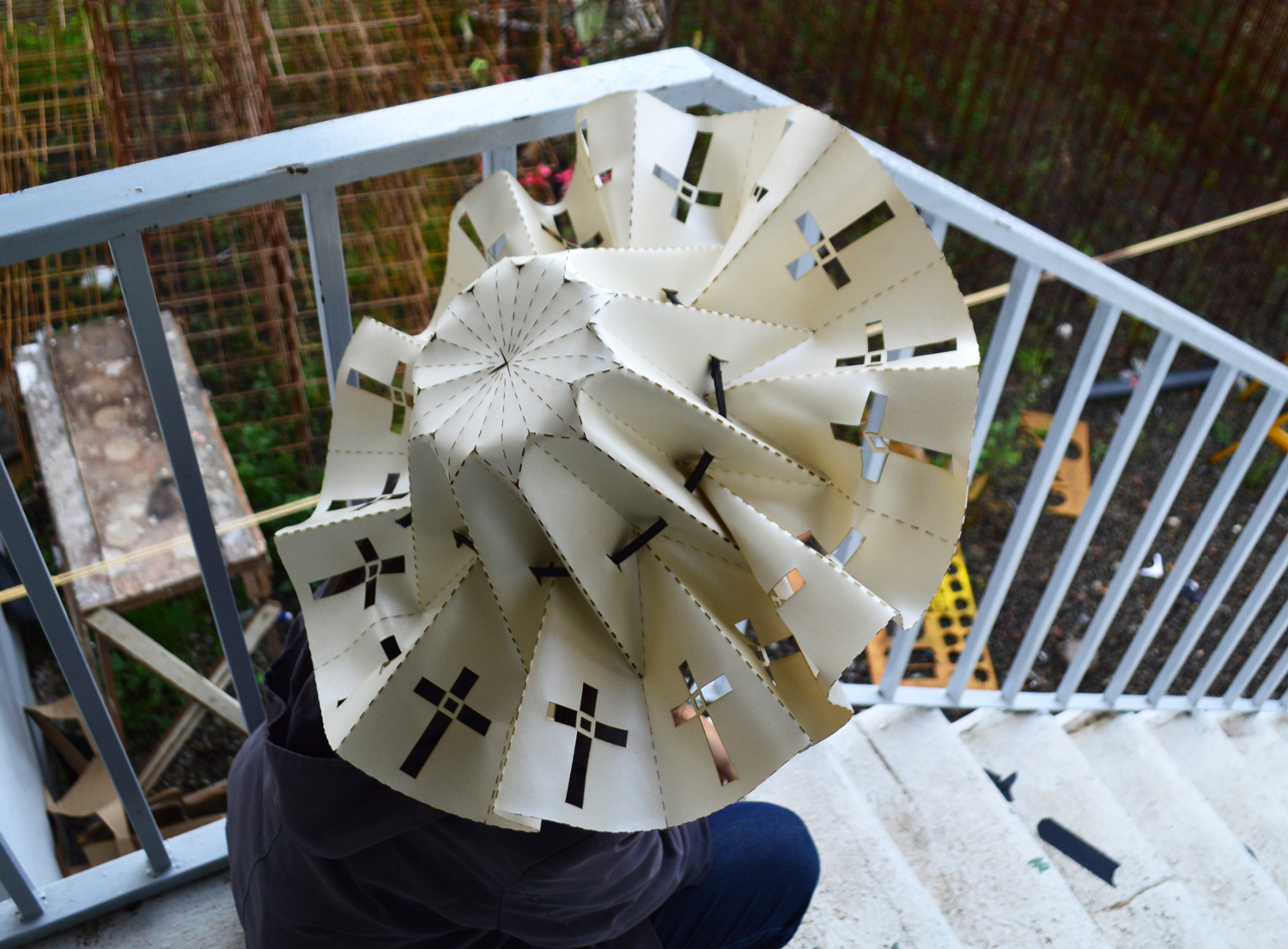 Here is the step by step process for the 3 layer sandwich technique where one can use any kind of fabric.

This method of 3 layers is more complicated but has the benefit of playing with light and transparency. We integrated and RGB addressable stripe in the interior of the hat and the effect looks like that: